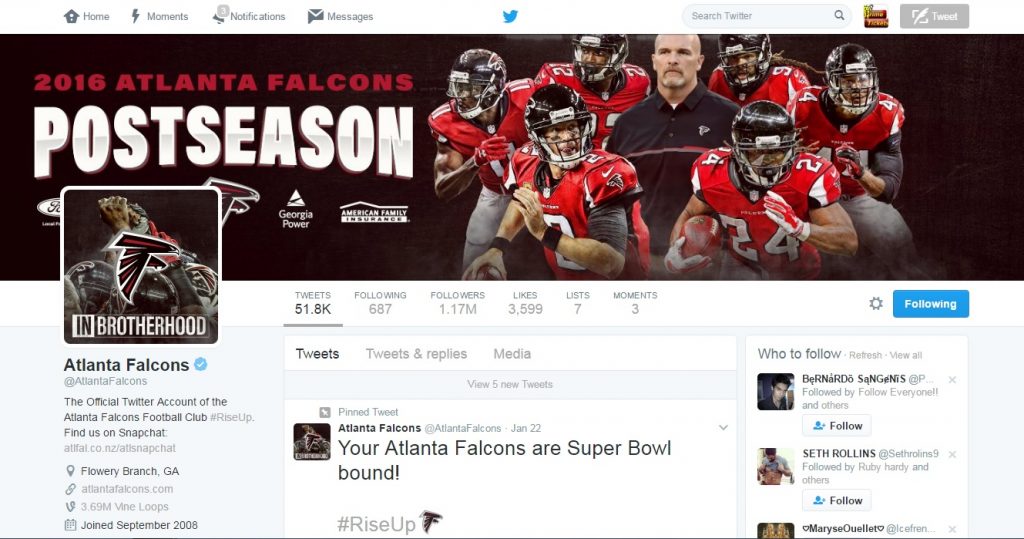 Bill Polian has some knowledge of top quarterbacks after his stint as the Indianapolis Colts GM which featured Peyton Manning for a number of years.  Polian has come out with remarks stating that Falcons QB Matt Ryan is just “a Super Bowl away from being elite.”

The top four quarterbacks in the league all have rings; Brady, Manning, Brees and Rodgers while Ryan is 1-4 in playoff games and is beginning his seventh season.

The Falcons are hoping that offensive lineman free agent pickup Jon Asamoah will help keep Ryan on his feet.  Asamoah signed a 5-year deal worth $4.5 million per season.

Be sure to keep up with your Atlanta Falcons and plan on getting your tickets as soon as they are available!