The Green Bay Packers dropped the proverbial ‘Hall of Fame’ ball after the league cancelled the Hall of Fame Game due to “poor field conditions.”

“Due to safety concerns with the condition of the playing surface in Canton, tonight’s game between the Indianapolis Colts and Green Bay Packers has been cancelled. We are very disappointed for our fans, but player safety is our primary concern, and as a result, we could not play an NFL game on this field tonight.” 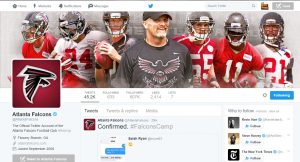 and Quarterback Matt Ryan for one, is looking to get off to a fast start this year.

“Well, I think you always want to start fast,” Ryan said. “I mean, anytime you play a game, you want to compete and you want to win, so that’s important. But offensively, I think you want to get off to a fast start, set the tempo, set the tone for what you want to be as an offense, and hopefully execute really well.”

Don’t expect first round pick Keanu Neal to take the field against the Redskins as was reported to be nursing a trunk, (torso) injury.

“I’m not going to say if he’ll play yet,” Head Coach Dan Quinn said. “He just saw the doc today. He had a trunk injury, and we’ll determine [his status] later in the week. Honestly, I don’t have enough information to tell you if he will or won’t. I think it could go 50/50 either way. I’ll let you know during the week.”

Plenty of great seats and affordable tickets are still available so be sure to grab yours today and be a part of Atlanta Falcons History!