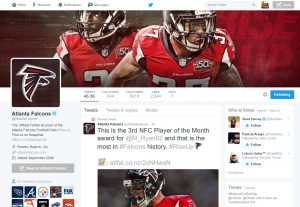 Although they were two point underdogs against the Jaguars, the Falcons managed to hold on to their lead with their best performance in recent memory.  For the Falcons this week, this is a must win in order to stay in the playoff hunt and Head Coach Dan Quinn will continue to push his team.

Tickets are still available for this pivotal match up so be sure to get yours today and help cheer on your Atlanta Falcons!!

The Atlanta Falcons are looking for their team to give it their all for the rest of the season as they try and push into the playoff seeding with a higher bid then their current 6th seed ranking.  After the 38-0 pasting the team took at the hands of the Panthers last week, the coaching staff will accept nothing less.

“I’m on the watch for everybody in terms of the way we’re going through it,” Head Coach Dan Quinn said. “That’s part of the evaluation you go through the whole season in terms of like how bad you’re going for it. That’s part of our program. That’s what I want, 100 percent all the time, all in.

It’s time for Falcon Faithful to take a road trip down to Jacksonville and help support your Atlanta Falcons on the road.  Plenty of great seats and affordable tickets are still available so get yours today!