The National Football League has decided to let you, the fans, select which three games to place on YouTube as the best Falcons Games to date.  The selection to choose from are

Get your votes at the bottom of THIS PAGE 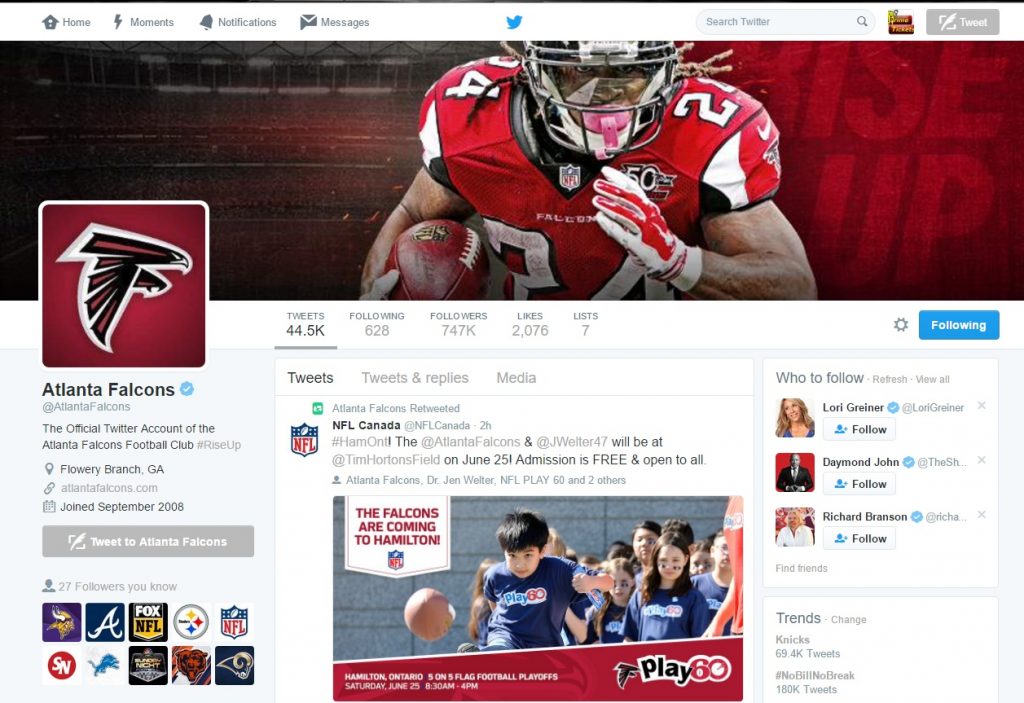 The Falcons Kick off the preseason with a game against the Washington Redskins on August 11th.  Plenty of great seats and affordable tickets are still available for all preseason and regular season games so be sure to grab yours today and help cheer on your Atlanta Falcons!

If you spot a team four turnovers and 17 points you most likely will not win that game and the proof is in the pudding.

The Falcons fumbled three times and Matt Ryan threw one interception in a 23-20 overtime loss to the Tampa Bay Buccaneers.  Adding insult to injury, the Falcons were penalized an uncharacteristic 11 times for 124 yards.  Ryan did complete 37 of 45 passes for 397 yards and two touchdowns in the loss.

“We can’t dig ourselves that hole and expect to consistently get out of it,” said Ryan, who was responsible for two of the turnovers.

The Falcons must now get back to basics as they prepare to take on the struggling San Francisco 49ers next Sunday at Levi’s Stadium.

Plenty of great seats and affordable tickets are still available so be sure to get yours now and support your Falcons on the road!

The Atlanta Falcons are opening the season on Monday Night Football’s first game of the season.  Later that evening the 49’ers and the Minnesota Vikings play in the doubleheader.

Other notable games include two against the Carolina Panthers, Indianapolis Colts and the Dallas Cowboys, all three 2014 playoff teams.  For the Cowboys, it will be the first time the two teams have met since 2012.

Be sure to get your tickets sooner rather than later to ensure you see the game of your choice.  Plenty of great seats and affordable tickets are still available, so get yours today!